Taxation of payments for “injury to feelings”

The Tax and Chancery Chamber of the Upper Tribunal (TCC) held a sum paid to an employee under a settlement agreement in respect of injury to feelings was not exempted from income tax under S.406 of the Income Tax (Earnings and Pensions) Act 2003 (ITEPA). The Employment Appeal Tribunal’s decisions to the opposite effect in Vince-Cain v Orthet Ltd and Timothy James Consulting Ltd v Wilton 2015 ICR 764 were wrongly decided.

The issue surrounds the definition of “injury” in S.406 of ITEPA. S.406 takes payments made to employees in respect of injury outside the charge to tax.  TCC held that ‘injury’ did not include injury to feelings.

Following the start of Employment Tribunal proceedings for unfair dismissal and age discrimination, M was paid ‘an ex gratia sum of £200,000 by way of compensation for loss of office and employment’. On his tax return, M treated the whole sum as being tax free on account of “injury”. HMRC disagreed. On appeal, the First-Tier Tribunal (FTT) found that the whole of the settlement sum had been paid in connection with the termination of M’s employment under S.401 ITEPA and so was chargeable to tax pursuant to S.403 (£30,000 tax free and the balance charged to tax). M appealed against that decision to the Upper Tribunal. His argument that pursuant to S.406(b) ITEPA, the settlement sum was not taxable (i.e. it was paid on account of injury) failed.

The Upper Tribunal dismissed the appeal. It agreed with the FTT that the entirety of the £200,000 settlement sum fell within S.401 as a payment made in connection with the termination of M’s employment. The scope of this section includes non-pecuniary awards, such as damages for injury to feelings. Even where the sum paid exceeds the statutory maximum that could be awarded for unfair dismissal, that did not mean that the excess was unconnected with the termination of the employment.

As for the exemption in S.406, the Tribunal could not accept that even if a sum represented damages for injury to feelings, it was a payment on account of ‘injury’. The meaning of ‘injury’ in S.406 ITEPA is context-specific. It could not be read as exempting all payments made by an employer in respect of an injury to an employee; rather, it was intended to apply to injuries that led to the termination of employment or to a change in duties or level of earnings.

If you would like to discuss any of the issues raised by this case, please contact us.

Dr Mattu secured damages of £1.22 million from the Trust after a six-year legal battle and concerns that went back 15 years. His protected disclosures related to hospital over-crowding and associated patient health concerns. Subsequent to raising those issues, Dr Mattu was accused of bullying and suspended from his role as a cardiologist. The Tribunal criticised the Trust for holding a disciplinary hearing at a time when Dr Mattu could not attend – he was in hospital. Dr Mattu was subsequently dismissed and brought a claim against the Trust for (i) unfair dismissal on the grounds of whistleblowing and (ii) race discrimination. The discrimination claim was not successful.

Whilst the compensation may appear particularly high in this case it is likely to include career-long losses and follows a very lengthy case. Dr Mattu has said he may now re-train as a science teacher.

If you would like to discuss any of the issues raised in this case then please contact us.

This week the Employment Appeal Tribunal (EAT) gave judgment in the long-running case of Lock v British Gas Trading Ltd. The case had been heard at the Leicester Employment Tribunal who referred a question to the CJEU (formerly ECJ) on the calculation of holiday pay.

The CJEU determined that holiday pay must be based on “normal remuneration”. In this case it meant that the results-based commission Mr Lock received as a British Gas salesman should be included in calculating his holiday pay.

When Mr Lock took holiday he received basic salary and the commission he had earned prior to his holiday; his earnings after holidays were lower as a result of the commission he missed out on during his annual leave. The CJEU determined that he should not lose out by taking holiday.

After the CJEU’s decision, the Employment Tribunal found in Mr Lock’s favour. British Gas appealed to the EAT on the grounds that the UK legislation (the Working Time Regulations) could not be interpreted in line with the CJEU’s decision on the European legislation (the Working Time Directive (WTD)); and, further, that the EAT’s decision in the Bear Scotland case (i) could be distinguished and (ii) was manifestly wrong. On Monday British Gas lost their appeal.

The EAT’s judgment noted that “although the Appeal Tribunal is not bound by its own decisions, they are of persuasive authority and it will follow them” other than in very narrow circumstances.

Questions remain about other supplements to pay and whether they should be factored in to holiday pay calculations (e.g. bonuses). Another significant omission in current law is that no reference period has been specified for calculating commission as part of holiday pay (e.g. do you look back 4 weeks/16 weeks/other).

Last year, we delivered a seminar on this topic in conjunction with the CIPD. If you would like to read through the slides please click here.

If you would like to speak with someone in our team about these issues and whether you should now implement a change to how you pay holiday pay – please contact us.

If your company’s holiday year runs from 1 April to 31 March then you might inadvertently breach the Working Time Regulations unless you take action.

If this prompts any further queries then please contact ltruscott@kervinandbarnes.com

From 6 April 2016 there will be new rates and compensation limits in place for many employment law matters. We have produced a two-page crib sheet to save to your desktop or print and pin up by your desk – which can be found here.

Time to refresh some restrictive covenants?

Last week judgment came out in the High Court case of Bartholomews Agri Food v Thornton [2016] EWHC 648 (QB). This confirmed that the reasonableness of an individual’s restrictive covenants (or ‘protective covenants’ as we increasingly see them called) will be assessed as at the point they were entered in to. Therefore, if a junior employee is signed up to restrictions that are overly restrictive in terms of their breadth (i.e. the type of restrictions) and/or their duration then they will simply be void as being in restraint of trade – irrespective of any subsequent promotion.

In this case, Mr Thornton was a trainee agronomist who joined Bartholomews in 1997. Under his contract of employment from that time, Thornton was subject to a six month non-compete clause with regards to carrying out work for all of Bartholomew’s customers. As the clause was void at the point it was entered in to, the company could not rely on it 19 years later to restrain Thornton from working in a similar role at another company. This follows a similar decision in Pat Systems v Neilly [2012] IRLR 979.

Here the High Court also concluded that the restrictive covenant would have been void even if entered in to when Thornton became a senior employee. It restricted Thornton from undertaking work for any of Bartholomews’ clients regardless of his own dealings with them. On the facts, Thornton worked with just over 1% of the company’s clients (in terms of turnover) but the restriction had no personal nexus (whether that was working for and/or knowledge of the clients). Thus it was a broad, blanket restriction that was unenforceable.

Finally, the High Court considered whether a term allowing Thornton to be fully remunerated by Bartholomews during the six months of the restriction (a potential windfall for him as he would also receive salary from his new employer) made it enforecable. The answer was no as “it is contrary to public policy in effect to permit an employer to purchase a restraint”. Mention was made of a similar term (in that case in a severance agreement) that was found to be unenforceable in the case of JA Mont (UK) Ltd v Mills [1993] IRLR 1782.

As a reminder: Restrictive covenants are void as restraint of trade other than where they are necessary to protect the legitimate business interests of a company. Restrictions should always be tailored to the individual’s role as at the time they are entered in to. To maximise the likelihood of enforceability the restrictions should be the minimum necessary for the particular legitimate business interests they are said to protect. However, it is still possible to protect a business with bespoke restrictions.

If you would like to speak to one of our team about updating restrictive covenants then email Lucy Truscott on ltruscott@kervinandbarnes.com or call 0203 178 5362.

Court of Appeal on Holiday Pay

You may feel as though you have received many updates on holiday pay and the case of British Gas v Lock. Whilst the messages coming out of the (UK and European) courts have been consistent – that contractual results-based commission should be included as part of holiday pay – the most recent decision (that of the Court of Appeal) is still significant.

The Court of Appeal agreed with the Employment Appeal Tribunal that the Working Time Regulations 1998 (SI 1998/1833 – WTR) can be construed in accordance with European case law which has interpreted the Working Time Directive (WTD) since the UK legislation was enacted.

As a reminder: The case of Lock v British Gas Trading Ltd had been heard at the Leicester Employment Tribunal who referred a question to the CJEU (formerly ECJ) on the calculation of holiday pay.

The CJEU determined that holiday pay must be based on “normal remuneration”. In this case it meant that the contractual results-based commission Mr Lock received as a British Gas salesman should be included in calculating his holiday pay.

When Mr Lock took holiday he received basic salary and the commission he had earned prior to his holiday; his earnings after holidays were lower as a result of the commission he missed out on during his annual leave. The CJEU determined that he should not lose out by taking holiday.

It is important to remember that all of these decisions relate to holiday pay for the four week entitlement that stems from Reg. 13 of the WTD and not the additional 1.6 weeks’ that make up the remainder of the 5.6 week UK statutory minimum.

The Court of Appeal found that as the WTR were enacted to bring in to force the European WTD, the subsequent European case law interpreting the Directive should be reflected in UK law and the WTR. The Court of Appeal pointed out that in the case of most workers, the WTR provide for “normal remuneration” (including earnt commission) during annual leave already. There were only two anomalous exceptions to that: (i) workers with non-guaranteed overtime; and (ii) workers to which section 221(2) of the Employment Rights Act 1996 applies and whose commission is not taken into account in the calculation of a week’s pay.

The Court of Appeal declined to give further guidance on the practical calculation of holiday pay in specific circumstances (such as a banker receiving an annual bonus in the summer and how that may impact on holiday pay if at all). It is hoped that any future Supreme Court judgment on this case would offer that practical guidance.

If you are wondering if Brexit is likely to limit the impact of this recent decision (given the interraction with EU law), then bear in mind that the government intervened in this case in favour of Mr Lock.

If you would like to speak with someone in our team about these issues and whether you should now implement a change to how you pay holiday pay – please contact us. 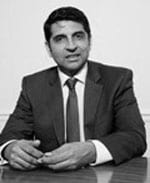