Even though the BNP have taken out a “whites-only” clause from their membership criteria in the constitution, the Central London County Court still maintains that the policy is racist. The Court has instructed the further elimination of two clauses it considers indirectly racist to non-white potential members: an obligation for new members to:

1) Consent to a “vetting visit” from BNP representatives; and
2) Uphold the mission statement “continued creation, fostering, maintenance and existence” of the native British and steps taken towards “stemming and reversing” migration.

The BNP is prohibited from taking on new members until the problem is solved. 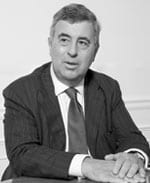 Gareth's approach is always practical, timely and reliable as he has a genuine understanding and appreciation for both the legal and commercial priorities of a business. For me, his breadth of advice and experience has proven invaluable.